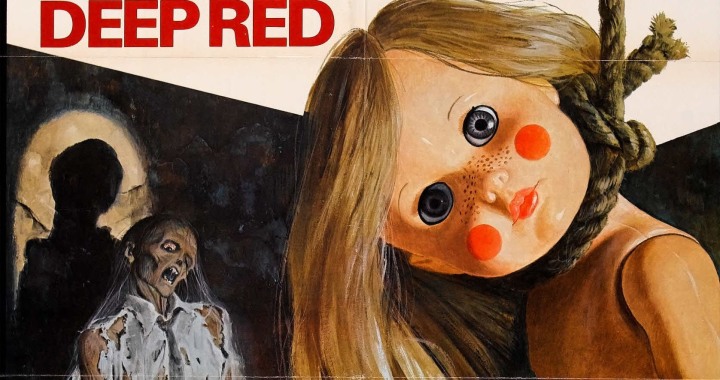 You can understand a lot about a country by their horror films. Specifically, you can learn about their citizens’ collective fears when they manifest as underlying themes in those kinds of movies. In 1954’s Gojira, for example, the giant radioactive lizard that destroys Tokyo is a direct response to the psychological scarring that the Hiroshima bombing left on the Japanese people.

For the Italian Studies department’s new film series on horror, featuring a film showing once a month in the Liberal Arts room 117, they chose the film Deep Red to begin the journey into understanding Italy’s history through fear.

Italian Studies professors Rose Facchini and Matthew Sneider prefaced the showing with a quick history on how Italian fears in the mid-70’s prompted the creation of the film.  From the 1960’s up into the 80’s, Italy was stricken with fear due to years of political terrorism that has since been dubbed the Years of Lead, or Anni di Piombo in Italian.

Both right-wing and left-wing terrorists would go back-and-forth with bombings and assassinations that crippled the nation.

The artistic pushback began as lighthearted comedies, so movie-goers could escape from the troubling times, but by the mid-1970’s Italian art had started to reflect their bloody reality.

This is where Dario Argento comes in, who Professor Sneider informs was “one of the most innovative voices in Italian horror.“

In Argento’s seminal film Deep Red (1975), a pianist in Italy witnesses a brutal murder and sets out to find the serial killer responsible before more people are killed.

In one particularly nasty scene, the assailant bashes a victim’s teeth in on a mantelpiece and then stabs them in the neck.

Another interesting aspect of Deep Red is the music that Argento chose for the film’s score. Instead of the haunting melodies found in most horror scores, Argento had Italian progressive rock band ‘Goblin’ handle the score.

More than a few people in the audience were bopping their head to the rhythm during the film which was odd since the music primarily played during the death scenes. Imagine if synthesizers played throughout Saw’s torture scenes and you’d have a good idea how jarring the score was in this film.

Altogether though, the film looks into Italian cinema and the influence it holds. Despite several instances where the pacing was slow, the film still held my interest due to the unique cinematography and over-the-top special effects.

There were various shots in the movie that were later lifted in other famous horror films, for instance. Even Goblin’s funky score was so influential that John Carpenter basically recreated it for the universally known theme song for his film Halloween (1978).

Argento’s use of extreme close-ups and even more extreme violence set the precedent for nearly every slasher film after from Friday the 13th (1980) to Hostel (2005).

For anyone interested in groundbreaking horror films, make sure to attend the next Italian Studies film screening next month.