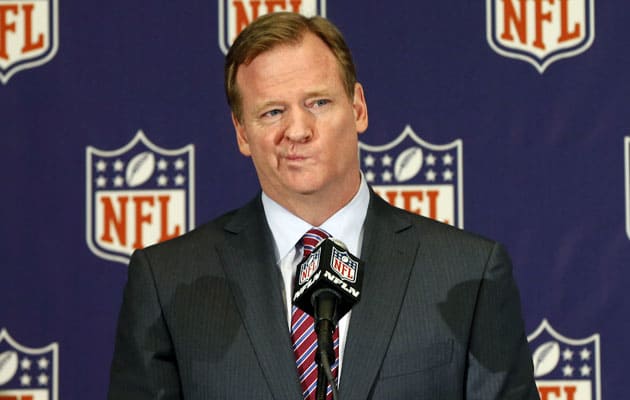 It’s March, that small period where the only two major sports being played are basketball and hockey. After a Super Bowl for the ages, it’s time to settle down and tune in to see how Kyrie Irving’s doing crossing people up.

Or, if you’re addicted to football and already can’t wait for the season to start back up in September, that means it’s time for the NFL offseason, where all that behind-the-scenes magic happens.

This year’s already heating up with trade drama and surprising moves. An early feel-good story was Patriots alumnus Jimmy Garoppolo signing a huge 5 year, $137 mil with the San Francisco 49ers. While this was a big story by itself, it’s also a harbinger of what’s to come.

The NFC has a few odd quarterback situations at the moment. It all started when the Chiefs decided to put their faith in backup QB Patrick Mahomes and trade Alex Smith to the Redskins, a team that already had a reliable QB in Kirk Cousins. Many criticized the move on Washington’s side for being redundant, but the goal was to save a little cash.

Kirk Cousins is a top-8 QB who’s never really hit his stride with the Redskins, and has been asking for a large contract for ages. Assuming he’s leaving the team (because why would Smith or Cousins play backup), his sights are set elsewhere, likely Arizona, Denver, or the Jets. Garoppolo’s early contract is interesting; if San Francisco is paying a QB that much money for 5 great games, how much does Cousins deserve?

Many are predicting a monster contract in his future, and if he stays in his prime, his landing could be a game changer.

Another weird QB situation is baking in Minnesota, and has been for the last 6 months. They have three good – but not amazing – quarterbacks in Bridgewater, Keenum, and Bradford, and no one has a sure idea who’s staying and who’s getting traded. It’s not even out of the question for all three of them to get traded and for the Vikings to pick Cousins up.

Some team’s cornerbacks have had their own drama, especially the more outspoken ones. The Chiefs traded skilled cornerback Marcus Peters to the Rams, and rumor has it Peters’ anthem protests didn’t help. Questions swirl around the Pats’ Malcolm Butler after he was benched during the Super Bowl, and seems to be at odds with Belichick.

Elsewhere, Richard Sherman could be leaving Seattle, and New England is a team he’s looking at. Everyone wants to hop on the Lombardi train.

Meanwhile, in the land of college prospects, it looks to be another year of quarterbacks. Signs are pointing to the Browns picking up and ruining yet another rookie quarterback with their #1 pick, perhaps Josh Allen of Wyoming.

Oklahoma’s Baker Mayfield has the most personality of the bunch, prompting many to compare him to famous trainwreck Johnny Manziel. Some defensive players are near the top of mock drafts, but not a lot of running backs and receivers. Mel Kiper Jr’s hair still looks weird.

So what’s the offseason look like for the Patriots? Similar to most other offseasons; even after a very successful season, there are a couple question marks that have people wondering if next year will bring the same success.

This year, the question marks are Gronkowski’s career and supposed tensions between Brady, Belichick and Kraft.

Gronkowski’s said that the football life has worn down on him mentally and physically, and that he “didn’t enjoy himself” in 2017. Lots of people have speculated that this is a tactic to get New England to offer him more money, but it genuinely seems like he’s nearly through with the sports life, after several injury-ridden seasons.

As for the Brady-Belichick drama, it’s almost entirely hearsay. The midseason incident with the banishment of Brady’s doctor Alex Guerrero is certainly a sign of tension, but the extent of it is unknown.

I don’t think the NFL is done getting steamrolled by the Pats, and here’s why: Josh McDaniels.

Gronkowski’s possible departure and Matt Patricia’s complete departure, coupled with a possibly angry Brady, is a bad sign for the Patriot Way and cooperative personnel. If McDaniels had left, I think the dynasty would have taken a huge hit, simply because the entire team atmosphere would be upside down.

McDaniel’s very public showing that he still has faith in the Pats was a huge bolster to New England’s spirit. We still have our offensive coordinator, and if Gronk stays, we’re still basically the same team. It’s not over yet.