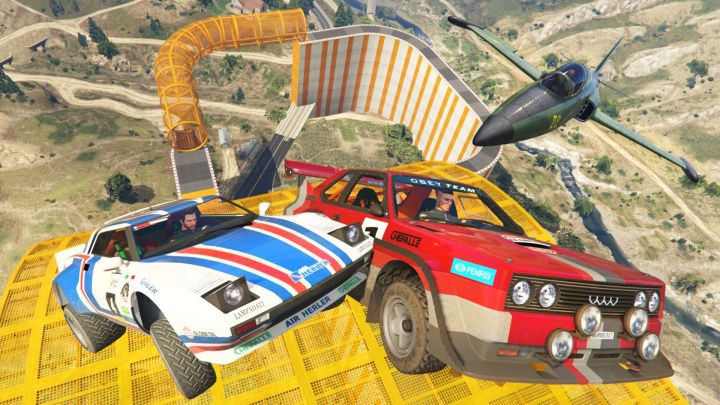 Love it or hate it, the Grand Theft Auto series is one of the most iconic and successful video game franchises of all time. Its most recent title, GTA 5, is an incredibly popular game that broke countless records upon its release regarding numbers sold and profits reached.

After the first quarter of 2018, the biggest threshold possible in gaming was broken: it’s made more money than any video game in history.

Wait, no, hold on – it’s made more money than any movie in history. Or any piece of media, for that matter.

GTA 5 has made more money than the first 3 Star Wars films. Combined.

The figure it’s hit is $6 billion dollars in profit, a mammoth amount for any type of media. This $6 billion is mostly due to the 90 million copies it’s sold around the world, making it the 3rd best selling video game behind Minecraft and the classic, ubiquitous Tetris.

GTA 5 has sold more copies than Wii Sports, a game that was forced upon anyone who bought a Wii.

I could go on for pages about absurd sales statistics, but what’s harder to measure is how it got there. What makes this game the monster of media that it is?

The most important part of the game’s success is its continuous online community. Four and a half years after its release, thousands upon thousands of gamers fill its online servers playing it as consistently as they did in 2013. A sustained player base is very rare in gaming, especially in a game that’s mostly played on a console.

Obviously, a major part of GTA 5’s popularity is simply that it’s fun. A great, deep offline campaign, an online community that thrives on user creation, and game modes for both the competitive and casual come together to make arguably one of the best games of the 21st century.

However, there are many games near GTA 5’s level of excellence that didn’t last nearly as long. What sets this game far apart is the constant support by its creator, Rockstar Games.

Ever since the first major update that added heists (probably the bane of my existence, for the record), Rockstar has consistently been adding updates to the game that expand its options and appeal. These updates have come in the form of new vehicles, new game modes, new events, and anything you could imagine tacking on to an already stuffed game.

The Cunning Stunts update from a couple years ago was probably the most significant, as it changed racing from street-based road battles to an insane TrackMania-esque arcade party.

Some people have criticized the updates from going from the subtle (choppers and trucks) to the ludicrous (jetpacks and rocket bikes), but most people have been pleased with the game’s progression.

This has not only broadened the scope of things to do in the game, but it’s kept GTA 5 from going stale.

A video game going stale isn’t just a result of the gameplay getting repetitive, it can happen when a developer leaves a game alone, making its community feel like it’s going unnoticed and their time spent is futile.

Rockstar’s constant addition of new game modes and vehicles is one action with a lot of results. It makes gamers feel like they matter to the company four years later, some gamers come back, most gamers stay, and the online community stays full and active enough to warrant the release of more content. GTA 5 has struck a great balance of saturation, relevance and fun.

One more thing that’s kept profits up is microtransactions, or the buying of in-game content with real money. Very fortunately, all the DLC that Rockstar has released has been free, but it’s still included the option to buy in-game money with real money. You could spend anywhere from $3.00 on a $100,000 boost, or up to $99 on an $8 million dollar payday, at an exchange rate of $80,000 GTA 5 cash per dollar.

Most gamers agree that spending cash on fake money is outlandish, especially when a single car in the game can cost up to $2 million, or $25.00. However, the player base is so wide that there are a substantial amount of rich kids that do spend money getting the hottest new vehicles/customization, all in the name of having fun and destroying other players.

This is why GTA 5 is still among quarterly most profitable games 4 and a half years after its release. It’s the Dark Side of the Moon of gaming.

At this point, the only thing that can stop this cash cow is a second, bigger one. GTA 6 is still just a concept, but it’s already hugely anticipated and speculated about. If it’s made just as well as its predecessor, it could destroy records. We’ll see how it comes out.