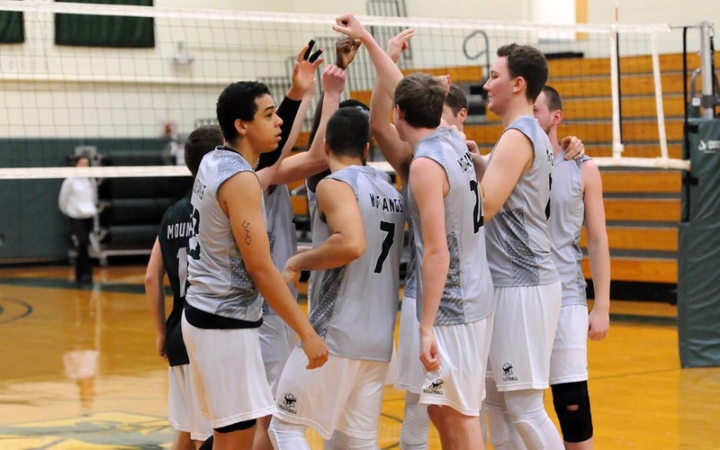 The University of Massachusetts announced early last week that it will be acquiring Newton’s Mount Ida College, which will be closing after over 100 years due to financial issues.

With around 1,450 undergraduate students in fear of being left without a way to finish their degrees, the University of Massachusetts Dartmouth will be accepting students to complete their studies here.

While good news for student’s academics, the merger of the two schools will undoubtedly effect its athletes. A NCAA Division III school with 16 varsity teams, including men’s volleyball, spots on Corsairs teams will be scarce.

Mount Ida students will have no trouble being accepted into the school but players from both Mount Ida and UMASS Dartmouth will have to fight for their spot on the Corsair’s varsity teams.

“There’s definitely a bunch of pro’s and con’s,” said Corsair’s Men’s Soccer goaltender, Danny Andrade, “Our teams will become stronger, whether that’s from the addition of new players or an extra push from the new competition but on the other hand, coaches and players were both getting prepared and probably had plans already set for the upcoming season and this may throw a wrench in some of those plans.”

One option for Mount Ida Men’s Volleyball student-athletes could be Elms College, who announced last week they would be offering a simple and streamlined admissions process for students in good academic standing. Like Mount Ida, Elms College also courts a Men’s Volleyball team. However, Elms College has been much more successful, currently holding a 19-6 overall record and will be competing in the Finals of the NECC 2018 Men’s Volleyball Championship on Saturday, April 14th.

Mount Ida is the second Division III school in the Greater Boston Area to close its doors, leaving its student athletes behind. Wheelock College will be merged into Boston University as well in the fall.

The Mount Ida/UMASS merger comes after most fall sports have already cemented their schedules. With seven fall sports teams offered for both men and women combined, Universities in the Great Northeast Athletic Conference will have plenty of holes to fill in their upcoming schedules. Mount Ida’s football team competes in a separate conference, the Eastern Collegiate Football Conference which will have seven schools participating in the fall after losing Mount Ida and will drop down again to six the following year when Husson joins the Commonwealth Coast Conference.

The Mustangs will be hosting their 2017-18 Athletic Awards Ceremony under a different name since the school’s closing. Taking place on Saturday, April 28th at the University’s Athletic Center, the event will be called the “Forever Mustangs Awards” and is open to all student-athletes, their families, and alumni to celebrate the University’s athletic history.