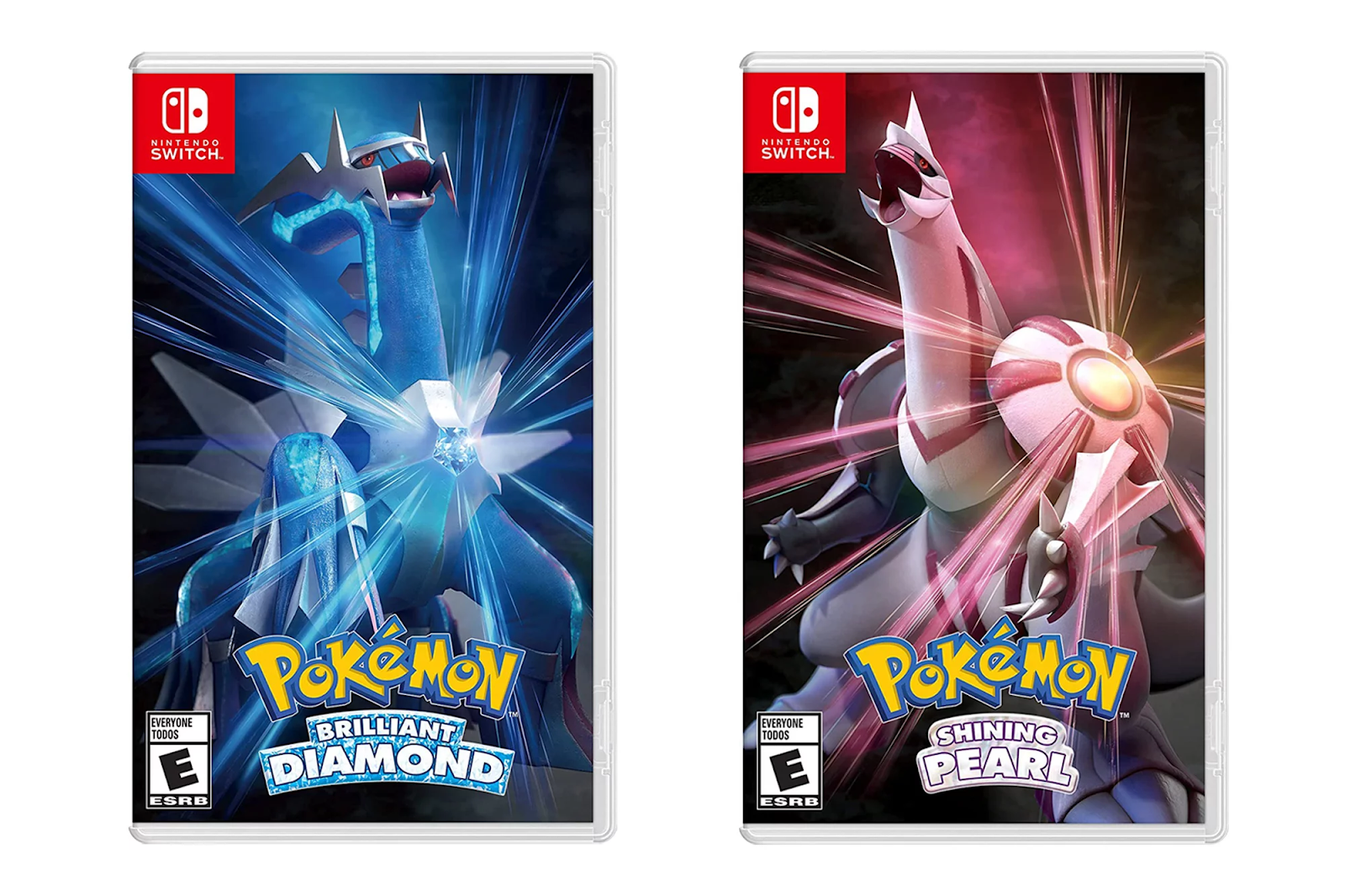 It’s Christmas morning of the year 2006 and you race to the tree. After hurriedly trying to gather your family for the last hour, it’s finally time to open gifts. Your eyes meet with the present immediately. It may be a small box, but it has got a big present inside. Your parents know exactly what’s in there too, so they make you wait: “remember honey, we are saving that one for last.” It’s finally time, you only have one present left, and it’s your turn in the opening rotation. You snatch it up and start ripping. Shreds of paper fall to the ground and reveal a small blue case. It reads “Pokemon Diamond” in big letters on the front. You turn to see your sibling simultaneously opening Pokemon Pearl. Christmas has gone exactly as planned, and now it’s time to go catch some pokemon.

Pokemon is a Japanese media franchise published through Nintendo that recently reached its 25th anniversary (February 27th, 2021). The original games were created with children in mind; however, as the target audience began to age with the games, the Pokemon franchise became well-known content enjoyed by those of all ages. For over a decade, its popularity has reached global recognition as nations worldwide have been feverishly consuming the wide range of Pokemon content, including trading card games, tv shows, and video games of multiple genres.

For most students right now, 2006 and Pokemon Diamond and Pearl’s release fall right into that sweet nostalgic part of our childhood where video games still had this fantastic sense of wonder to them. This sense of nostalgia is being raked up all over again by the heavily anticipated release of these games’ remake, Pokemon Brilliant Diamond and Shining Pearl. These remastered versions of beloved Pokemon games are set to release on November 19th, 2021.

Pokemon Brilliant Diamond and Shining Pearl are taking a unique stance developmentally as they are the first-ever main series Pokemon game where Game Freak is not the lead developer. Instead, the games are being developed by ILCA (I Love Computer Art) with oversight by Game Freak. ILCA is a Japanese studio that has experience in the Pokemon universe as the developer of the Pokemon Home. This system allows the transfer of Pokemon from a variety of main series games into one cohesive location.

With the new games coming up quickly, it’s time to start thinking about what Pokemon we want to catch and how we can best build our teams to take down the eight gyms, the Elite 4, and the champion. As a self-proclaimed Pokemon master, I thought I would share the team I have tailored for original Diamond and Pearl play-throughs.

For my starter, I always choose Chimchar, the fire-type Pokemon of this generation’s trio. Chimchar’s final evolutionary form, Infernape, is a fire-fighting type Pokemon. The rest of my go-to team’s initial forms are as follows: Shellos (water), Magnemite (electric), Happiniy (normal), Drifloon (ghost-flying), and Eevee (normal). All of these Pokemon can be found and caught by the 5th town (Hearthome City) / the second gym of the region. When these Pokemon have been completely evolved, this team will have full type coverage, including fairy, which will be presumably added to the remakes.

Shellos can be found and caught earliest in the game on route 205 inside the Valley Windworks. Shellos evolves into Grastrodon, a ground-water type Pokemon at level 30. Evolution requires no special items or actions.

Magnemite can be found on route 205 in swarms at the Fuego Ironworks. At level 30, Magnemite evolves into Magneton. Magnemite’s final evolution is Magnezone, a steel-electric type Pokemon. To get Magneton to evolve into Magnezone, you must level up the Pokemon anywhere inside Mount Coronet.

Happiniy is a baby Pokemon that can only be found in egg form. To acquire a Happiniy egg, you must go to Hearthome City and speak with the Hiker NPC at the east entrance. The NPC will then offer you a “random” egg he found in the daycare. To evolve Happiniy into its second stage, Chansey, you must give it an oval stone and level it up during the day. The easiest way to get an oval stone in the game is to find it in the Lost Tower on route 209. To be caught in the wild, you must find Chansey on route 209. Happiniy’s final evolutionary form is Blissey, a normal type tank. Blissey evolves when its friendship has been maxed out and the Pokemon levels up. To raise friendship, do not let the Pokemon faint and keep it as the first Pokemon sent out when encounters are initiated.

Catching Drifloon takes some prior planning. Drifloon can only be found on route 205 in the Valley Windworks on Fridays during the day. You only get one chance per Friday, so save before you interact with the Pokemon to ensure a retry if you fail in catching it the first time. Drifloon evolves into Drifblim, a ghost-flying type Pokemon once it reaches level 28. Evolution requires no special items or actions.

To obtain an Eevee in Pokemon Diamond and Pearl, you must speak to Bebe in Hearthome City. Bebe is located in their home, which is next to the city’s Pokemon Center. I always choose to evolve Eevee into Glaceon, an ice-type Pokemon. Eevee only evolves into Glaceon under special conditions by leveling up Eevee next to an Icy Rock. The Icy Rock in Pokemon Diamond and Pearl is located north of Snowpoint City on route 217.