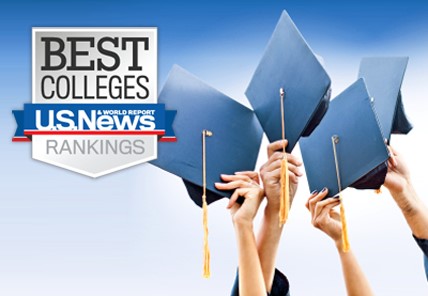 On September 13, 2016, UMass Dartmouth received some exciting news about its national ranking.

This year, UMass Dartmouth has achieved a National Tier 1 designation in the US News and World Report Best Colleges rankings. This was a jump from its previous designation as just a regional university.

In addition to its new Tier 1 title, UMass Dartmouth has also been ranked #220 among national universities. It scores especially strong in its assessment by its peers and high school guidance counselors.

When looking into the definition of what qualifies a college to be a “Tier 1 school,” the results indicate that there are several factors that are taken into account.

Essentially, colleges are divided into certain types like: public universities, liberal arts colleges, research universities, etc. If a college lands in the top 75 percent of its category, it is labeled as Tier 1.

The qualifications to be considered part of the Tier 1 group rely on perception, as well as numerical data provided by the university.

These perceptions are collected from students, other universities, and high school guidance counselors. For a school to be considered for a place on the rankings list, these people would have to give plenty of positive reviews.

Many have criticized this way of collecting data and determining which schools deserve to be ranked as Tier 1, but these perceptions are actually a helpful way to gauge the success of a university. After all, the opinions of the students are arguably some of the most valuable.

If students are taking time out of their busy days to give reviews of their university, they must be pretty passionate about it. If I were searching for the perfect university for me, the opinions of current students would play a huge role in my decision.

It’s one thing for a school to look good on paper or on its website, but I would want to know what the students really think.

According to U.S. News, the indicators “include both input measures, which reflect the quality of students, faculty and other resources used in education…and freshman retention rates and graduation rate performance, which signal how well the institution educates its student body.”

Universities typically send this data directly to U.S. News, accompanied by surveys from the aforementioned groups of people. This year, the results were enough for UMass Dartmouth to make the jump.

So, what does the administration have to say about this new ranking?

Interim Chancellor Peyton R. Helm has said that “this new ranking, and the strong assessments by our peers and guidance counselors, is evidence of UMass Dartmouth’s evolution into a national research university that remains committed to undergraduate teaching and service to the community.”

This new ranking may really help UMass Dartmouth in terms of name recognition and reputation. To be able to say that your school is a National Tier 1 University is to say that it’s up on the list with some of the best.

It’s great to see that our school is rising in popularity, and I can only hope that achieving Tier 1 status will make future students even more interested in UMass Dartmouth.