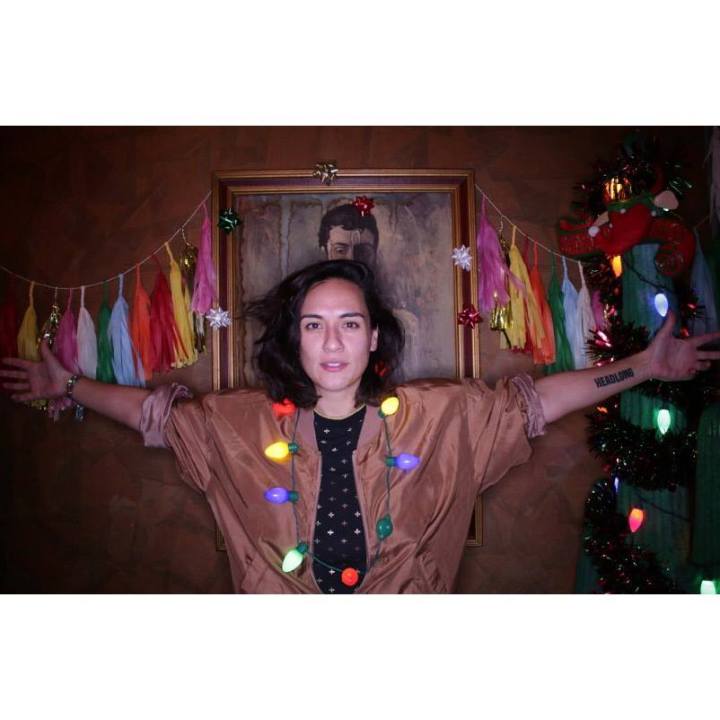 UMass Dartmouth alum Mercy Bell is a jack of many trades: singer, lyricist, composer, and activist, to name a few.

She is one of those singers whose voice sounds older than it is; simultaneously sweet and melancholic, her music has recently been featured in Rolling Stone. Stone calls Bell’s music “a potent, progressive take on emotive, modern folk… as strong as it is vulnerable.”

And now Mercy Bell, in all her strength and vulnerability, is coming down from her home in Nashville to sing for UMass Dartmouth. Read on to get acquainted with one of the Dartmouth (and Nashville’s) rising stars before she hits the stage on October 19.

1. You’re a UMass alum. How do you think it’ll feel to come back to campus?
“I’m so stoked! I hear you guys have decent food now! The only thing safe to eat back in my day were coffee and French fries.”
While this is debatable, it is exciting to see an alumni excited to be back on campus.

2. How would you describe your musical style? Who are some of your influences?
“I am somewhere in between folk and pop. My biggest influences musically are folk songs, Jenny Lewis, Bob Dylan, Pete Seeger, Patty Griffin, Leonard Bernstein, the Dixie Chicks, Max Martin (the songwriter behind almost every hit pop artist of the past 20 years), Sia, Sufjan Stevens, and Regina Spektor.”

3. How did you get into music?
“My family has always been musical, but I started choir when I was a little kid in San Diego. And from there I started doing musical theater, then started being in my own bands, and writing music. I’ve been in 5 bands at this point.”

4. The Coming Home concert benefits the UMass Dartmouth Theater Company. I’m guessing you did theater during your time here. How did that affect your college experience?

“You know what’s funny is I auditioned for a role at UMassD my first semester there and got the lead role, but then that same week my mom had a stroke, so I had to offer it up because I was too stressed out with her being in the hospital. I never ended up doing anything else with TCo. But my siblings and friends did. I spent most of my spare time running Amnesty International and working in the Social Change Society and taking every class by Professor Williams and Professor Travers I could get into.”

5. What’s one thing you’d like to say to students at UMass Dartmouth, either about the concert or in general?
“Be brave. Whatever the thing is you want to do, go do it. Even if people think you’re crazy. I’m living proof that it works out. I’ll quote my favorite poem by Mary Oliver:

‘There are moments that cry out to be fulfilled.
Like, telling someone you love them.
Or giving your money away, all of it.
Your heart is beating, isn’t it?
You’re not in chains, are you?
There is nothing more pathetic than caution when headlong might save a life, even, possibly, your own.’”

The Coming Home Concert, featuring Mercy Bell and Sarah Donner, will take place on Friday, October 19 at 7:00 PM in CVPA 153. Tickets cost $10 for the general public and $5 for UMass students. All proceeds of the event go towards Dartmouth Theatre Company’s production of Legally Blonde, the musical. Doors open at 6:30 PM.