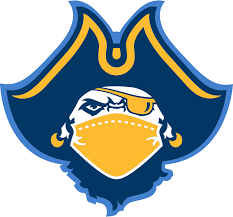 The long-awaited moment has finally come for all UMass Dartmouth faculty and staff. Everyone is officially back on campus! Surely it is an adjustment for everyone and is also perfectly fine to be a shock and take awhile to get used to. A majority of UMD students have gone from taking their classes in the comfort of their own home to being back in school fully, whether you are a commuter or living on campus for the very first time. While it is only the first several weeks of school and a lot can change before the end of the semester, I felt it would be very helpful to give an update on how being back on campus fully is going, as someone who is on campus Monday-Friday.

I want to start off by saying despite being a senior here at UMD, I was a transfer student, so this is technically my first time ever on the campus. The first week of school was a huge adjustment for me; I almost felt as if I was a freshman all over again, trying to find my classroom and finding the best lot to park in. But for the most part, I have found coming back to school in person has been a really smooth adjustment.

The one place I spend the most time is the library, along with many students. Almost everyone in the library and in the classroom buildings wear their masks the correct way (covering their nose and mouth.) The only time they do not is, of course, when they are eating or drinking or when there may not be a ton of people around them. It can also be easy to assume that a vast majority of the UMD population is fully-vaccinated as well, since it was required to even step foot on campus. And everyone is following the mask mandate on campus as well, which is reassuring, at least making an effort to protect not only themselves, but those around them.

I will be honest, my first week on campus, I was expecting to see someone complain about the mask mandate here, or even see someone refuse to wear their mask. We have seen more than enough videos of that to last a lifetime. So it makes me very thankful and even relieved not to see an incident like that happening so far. Adjusting back to campus-life during a pandemic is hard enough as it is, never mind fighting over something people literally have no control over.

Some people are even asking if UMD will decide to go fully online after Thanksgiving break. But the truth is that it is impossible to know that far ahead. I think we have all learned it is impossible to think even a week ahead during these times. Everyone’s main concern should be to focus on their studies, as well as their physical and mental health. Wear the mask, be aware of your surroundings and the UMD Corsairs should be in for a great year!