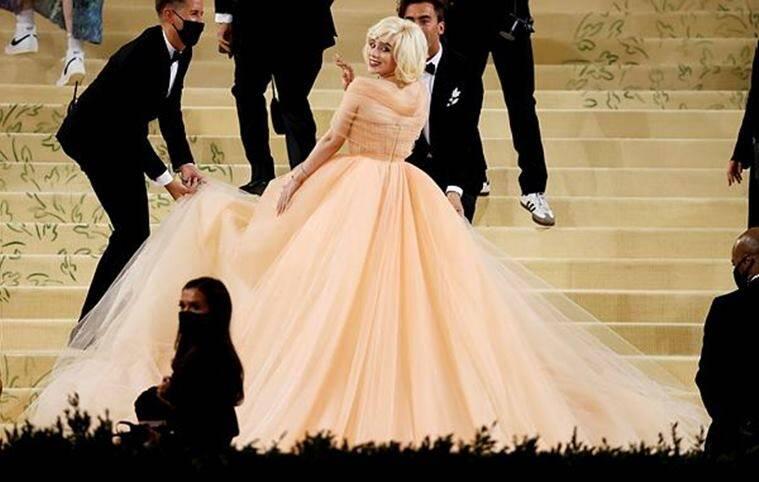 The Met Gala is a fundraising event for the annual exhibit at the Costume Institute of the Metropolitan Museum. Each year has a theme, this year being American Independence. Soccer starlit and gay-icon, Megan Rapinoe, was dressed like a modernized Uncle Sam and held a little purse that read “In Gay We Trust” and Debbie Harry, front woman for the band Blondie, waltzed in wearing a deconstructed American flag supported around an equally distressed Antebellum skirt-hoop topped with a navy leather jacket pinned with stars. Yes, the theme was exemplified in many ways.  For those of you who were not inundated with images of Lil Nas X dressed in a gold faux fur cloak fit for the coronation of a Henry VIII or Grimes dressed as a Beowulfian sea-witch equip with her own dangerous and huge Hrunting sword, allow me to share some of the events that left people talking. 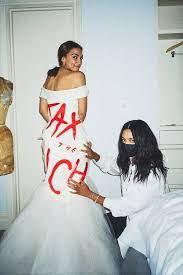 Alexandria Ocasio-Cortez is a person who represents the people. She continued in her métier by wearing a political statement dress, a basic white satin mermaid wedding gown emblazoned with red letters tagged on the back reading ‘’Tax the Rich’’ in horrid Sex Pistolsesque scrawl. Some felt that her dress created a mockery out of anti-capitalism ideas and others felt her attendance was an ethics violation. Perhaps she didn’t have to pay anything to attend, perhaps she was invited. AOC stated in an interview on the red carpet that, “[w]hen Aurora and I were first kind of partnered, we really started having a conversation about what it means to be working-class women of color at the Met, and we said, ‘We can’t just play along, but we need to break the fourth wall and challenge some of the institutions.” While I saw a thousand pictures and memes of the back of the dress, I’m left wondering, what did the front look like? 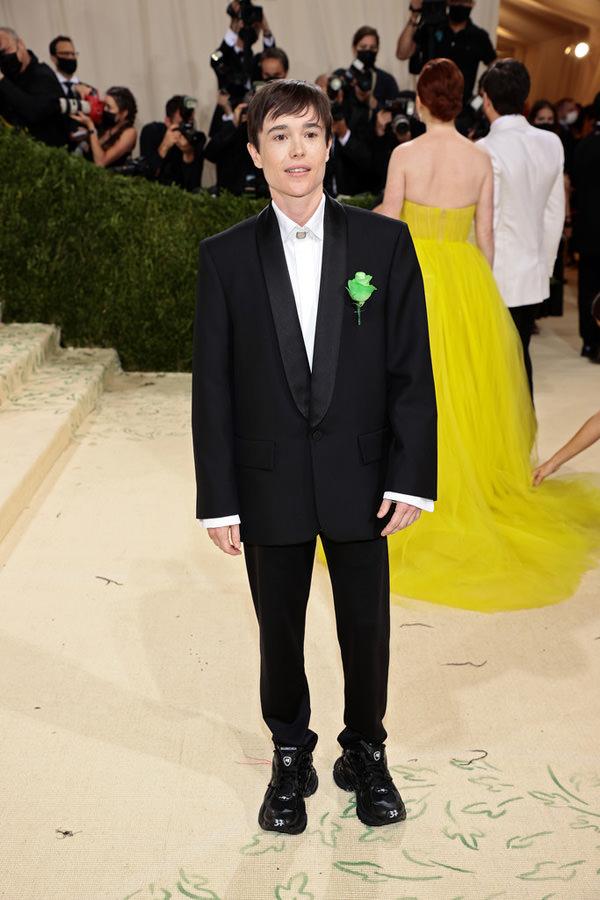 That having been described, there was someone who managed to make a political mark at the event. Well, before the event. Oscar de la Renta, represented by 19-year-old pop star, Billie Eilish, who donned a fresh blonde bob contrary to her usual green and black goth hair style and a gorgeous peach colored tulle layered gown with a 15-foot ethereal train, convinced the haute couture company to give up using fur completely. From her statement to The Times it sounded as if she just waltzed into  Oscar’s office and told him that fur was passé and after years of missing that mental connection, finally saw the light and said, “Wait. What the hell are we doing? Are we out of touch? Fur is dead!” (and he didn’t mean it as a pun) and proceeded to cancel the use of all fur immediately. Billie, an vegan and animal-rights activist has this to say about it: “I”m honored to have been a catalyst and to have been heard on this matter.” And, yes, Billie’s gown was gorgeous and fun and sweet and sultry all rolled into a magnetic, very Marilyn, dazzling spectacle.

Something that was every bit as effective and touching as the relationship between Elliot and Oscar, was a simple, elegant dyed-green rose. Newly transitioned actor, Elliot Page, pinned a dyed-green flower to the lapel of his entirely black outfit that ended in Balenciaga sneakers. From his lapel, the flower glowed and spoke a secret message to those who know what it means: that he who wears it loves other men. It is conversant with the dyed-green carnation that Oscar Wilde and his friends wore to signal their own, at the time secret, love of other men. This little homage was simple, elegant and romantic.

In all, it seems that good things happened that night, especially by those who share the name of Oscar.. or Billie.. or Elliot.. delightful names which blow on an elegant and persuasive wind that stir the highest aesthetics, truth and beauty. Oh Billie!, Oh Oscar!, Oh Elliot!… Perhaps these could be the names of your future?