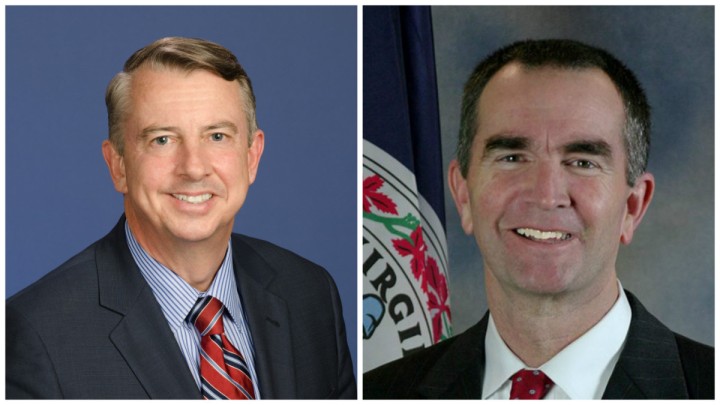 I don’t think it’s a controversial opinion on a college campus, but I don’t like Trump.

When he won the election, I decided, instead of moping around, to be optimistic.  He won, my candidate lost, fair and square.  But maybe, just maybe, he’ll be different!  Maybe when he enters that famed Oval Office, home to some of the greatest men who ever lived, maybe then he’ll buckle down, get to work, and give us the greatest comeback in American history.

So now, in the wake of Trump’s (and the Republican Party’s) complete thrashing during Tuesday’s elections I can’t lie and say I wasn’t just a little happy.

For those who don’t know, last Tuesday was election night throughout America, home to a couple of key races.  Some mayoral runs, and importantly two governor’s races.  Now, while many of these election results are being somewhat overblown, one race that in my opinion gave a bird’s eye view of not just Trump’s current national standing but our political landscape at large was Virginia’s Gubernatorial election.  In this election, one of many on Tuesday, we had Democrat and then-Virginia Lieutenant Governor Ralph S. Northam facing off against Republican challenger Ed Gillespie.  Comparing the two is almost hilarious, they’re not only complete opposites, but perfect cyphers for what our national political stage.

First, we have Ralph Northam, the “good guy” of the election.  Northam’s ad upon visiting his campaign website says it all.  The guy’s a veteran, a pediatrician, and talks about raising teacher’s pay and making college affordable over scenes of him laughing with children.  I mean come on, he’s so likable I want to vote for him, and I’ve never even been to Virginia!  And key point, he’s not just likable, but talking about genuine issues, which we’ll get to in a second.  Before that though, let’s talk about Ed Gillespie.

Ed Gillespie was the counselor to the president back with George W. Bush, a noted moderate, Ed seems the perfect fit to battle against Northam.  But, what’s interesting, is the Ed that ran in 2017 is a pretty different guy than that Ed.  This Ed is basically the spitting image of President Trump.  Adopting an ill-fitting anti-immigrant and pro-confederate statue stance, Gillespie more or less became Trump Jr., taking on many of Trump’s less flattering beliefs.  I mean, he has ads that attempt to tie MS-13 to his opponent!  In a bid to gain some Trump voters, he fully attempted a complete emulation of his policies, and it still couldn’t stop Ralph from taking it in a landslide.

And now we get to the what’s so important here, Virginia, a notoriously “purple” (mixed Republican and Democrat state) had a gubernatorial race that ended in a landslide.  53.9% for Northam and a measly 45% for Gillespie according to the New York Times results.  That’s not even close!  And so, the question becomes why?  Why would a Trump copycat lose in a landslide in a mixed “purple” state?  Ed even had the endorsement of the president himself through (what else?) a tweet on October 5.  I think the answer is clearly two things.  One, as I said before, Ralph Northam ran on real issues: health care, education, wages.  These are the things voters care about, yes, illegal immigration and confederate statues I’m sure bring out some, but that’s all political nonsense.  At the end of the day, people seem to care most about their own situations, Ralph supported that, Ed didn’t.  Northam spoke to the people, a lesson Republicans and yes, even some Democrats would do wisely to learn.

But, let’s get back to Trump.  Ed Gillespie was in essence Trump during this election.  Now, yes, he has none of Trump’s charisma, and appeared more than artificial speaking Trump’s policies, but it was clearly Trump’s policies.  There didn’t seem to be a single original thought running through Ed’s head, he even had a Trump-like slogan: “It’s Time to Put Virginia in the Lead Again.”  And he lost.  To a pediatrician.  Republicans are losing ground, Trump’s November 9 approval ratings according to Gallup are at a shocking 37%.  The country is starting to repudiate Trump, his policies, and everything his election stood for.  And this election is only the beginning.  Just wait until 2018.