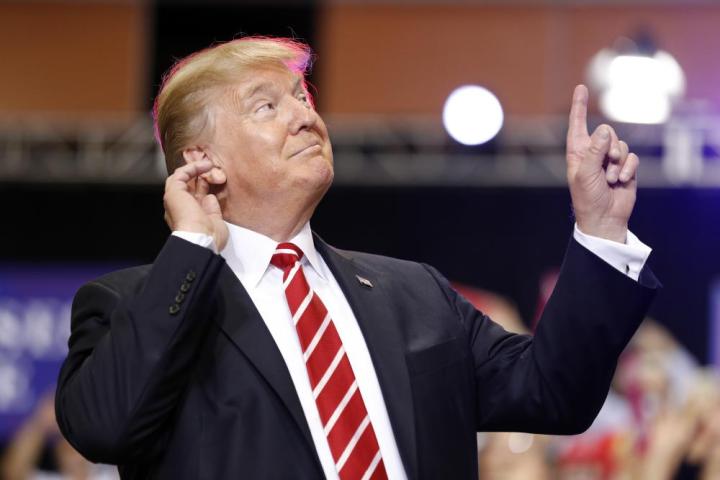 Well folks, it’s been a year, and what a year it has been indeed. Tumultuous and exhausting, politics have dominated the news cycle, wiping away any memory of a time where the day’s top story was a local basketball team victory or the details around a new iPhone.

It’s been all Trump, all day, all year, and regardless of how you thought year one would go, or who you voted to lead it, I think it’s safe to say Trump has surprised us all, in one way or another.

Legislatively, he hasn’t accomplished a whole lot. The tax bill he signed into law was the only major legislation congress passed, and while it didn’t do everything the conservatives wanted, it did hit the big points: lower corporate tax rate, simplified tax code, and relief for the wealthy. I support all of these things to a degree, but my concerns lie with how they paid for it, higher future rates for individuals, and a whopping 1.5 trillion dollar punch to the deficit.

He also slashed regulations like a bucking bull in a china shop: not much concern for direction or consequences, so long as there are fewer than when he started. Offshore drilling, carbon emissions, and lots of other areas are much more lenient, and big businesses are happy. Part of this includes the withdrawal from the Paris Climate Accords, a non-binding, mutually beneficial, historically negotiated, overwhelmingly supported agreement that sought to address climate change. If you ask me, this decision was by far the worst thing Trump has done the entire year, full stop.

He’s recently upheld several campaign promises, the most significant of which being the announcement of our Israeli Embassy’s move to Jerusalem, something the last 20 years of presidents didn’t have the brass to do, despite almost all of them promising to do so. He also took steps to protect religious freedom, something I care little about as an atheist, but very much about as a supporter of freedom in all senses.

Neil Gorsuch was appointed to the supreme court, a major accomplishment for conservatives and the country, if you ignore the fact that Merrick Garland should be sitting in that seat. Gorsuch is a decorated, experienced, and supremely knowledgeable judge, and while his ideology is strictly conservative, it’s difficult for anyone to claim he’s unqualified to serve on the bench. The Trump Administration certainly could’ve done worse.

In terms of actual governing, I don’t think Trump has done that badly, despite what his record-low approval rating and vicious media coverage suggest.

The immigration bans were poorly rolled out, and the latest immigration talks could certainly use a better negotiator, but on paper, overall not as bad as expected. I fully believe that if Trump or his administration could address the real issue at heart, this presidency could quickly turn around, and dare I say it succeed. That’s a big if, though.

The real issue, the thing most people get riled up about, and rightly so, is Trump’s character. Trump is an asshole. That’s not in the sense of his ideology or any specific, deliberate action in the past that haunts him, I mean in the every day. His approach to issues, and responses to crises, are often the opposite of what we all want in a leader.

Calling nations “Shithole countries”, claiming some neo-nazis and white supremacists are “very fine people”, giving childish nicknames to those who criticize him, bragging about sexual assault, provoking North Korea with comments about button size while disparaging it’s people, complaining about how much Obama played golf and wasted taxpayer money and then playing and spending three times as much, denigrating the FBI and the office of the president, and finally anything and everything else that a reasonable person would call “unpresidential” all sucks.

Other countries are both terrified and amused by the apparent incompetence of our president. They are laughing at us. We, as Americans, are publicly humiliated every day by the actions of our president, and the worst part is we don’t have to be.

Honestly, if Trump put down his phone, stopped tweeting, and kept all the smack-talking behind closed doors, his approval rating would shoot up to 50 within a month, guaranteed. It’s his character that’s the problem, it’s not the character of a leader, much less a president.