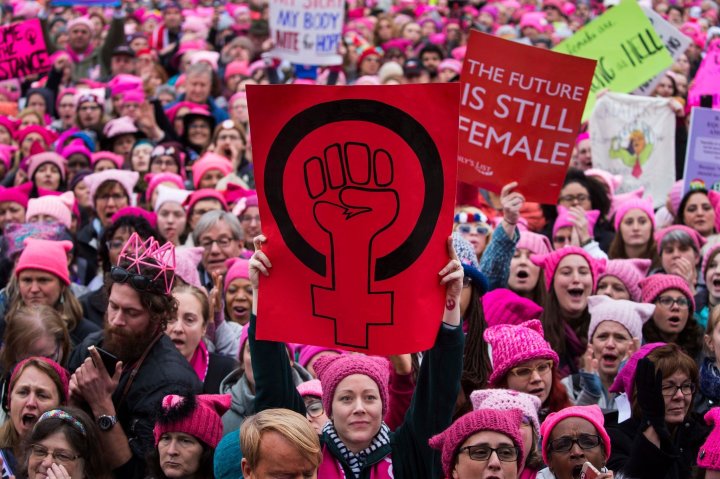 On January 20, activists across not just the United States, but the whole world, participated in coordinated protests.

This year’s protests were foremost about women’s rights. Other topics included race issues, immigration, environmentalism, and other issues generally associated with liberal politics. More specifically, this march emphasized voting to put in politicians who might achieve relevant policy change.

The gatherings were also pointedly against President Donald Trump – and as such this happened on the anniversary of the president’s inauguration.

The president is not just a boogeyman,  in fact, he is very relevant.

He is essentially the embodiment of everything the leftist women’s movement is fighting against.

For example, promoting Islamophobia and transphobia, limiting the activity and language of the Environmental Protection Agency and the Centers for Disease Control, and being a known sexist.

Now, back to the march. This represents a good opportunity to wonder about the effectiveness of last year’s march. Did it accomplish anything negative or positive? Was it worth redoing?

To be frank, the Women’s March doesn’t need to have specific accomplishments.

It’s hard to link most peaceful protests like this to specific changes.

They generally serve as an expression of support for some political goal. In this case, the Women’s March contributes to the larger women’s movement – and that has gotten things done this year.

For example, the #MeToo trend has spread across the country since October 2017.

This generally involves calling out mostly men in positions of power for things like sexual harassment or rape, for example, the infamous Harvey Weinstein.      This is important for the women’s movement because many women experience sexist treatment in the workplace from people they have no power against. It is an important step to equality that activists seek.

This has not been without its problems, such as the possibility of social ostracization without need for evidence, but it has often lead accused abusers to step down from their positions of power and admit fault.

It is hard to understate how important the general feeling of solidarity has, as well.

The more acceptable it is to talk about things like sexual harassment then the more often something can be done about it.

This connects to the general women’s movement as well. This specific protest is an opportunity publicize issues and keep them in the spotlight, which may lead to action.

Problems are not going to change if nobody talks about them.

The civil rights movement held similar marches in Washington D.C. for decades before they got results. It is something that needs to happen often enough to bring all the relevant issues back to the public eye.

Despite all of this, the women’s movement has not won overall. All the branches of government are controlled by people generally working against the movement’s goals, and despite some sloppy efforts like several failed travel bans, these people are working.

The Women’s March is important, but people cannot assume that it will accomplish things by itself.

What will get things done is getting riled up and participating in activism outside of marches. There are many people already fighting smaller battles that contribute to the overall cause.

The Women’s March represents a work in progress, which is what it will stay until its goals are accomplished and it is not needed anymore.