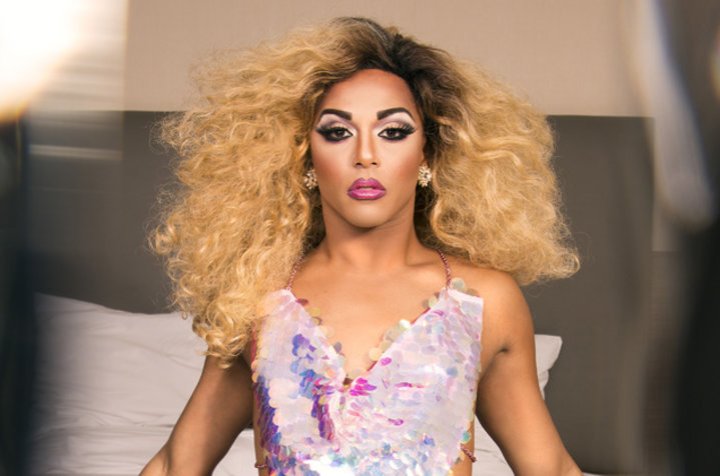 I’m sure if you’ve been on Twitter recently you’ve heard it: “SHANGELA WAS ROBBED!” Maybe you have no idea who Shangela is, or what these people are even referring to, so let me break it down for you.

Shangela was one of the four top drag queens on RuPaul’s Drag Race: All Stars 3. She was the assumed winner by many, and she didn’t even make it to the Top 2! Now why did this happen, you may ask? Well, because the Top 2 of the competition wasn’t even chosen by the judges, but by the queens who had already been voted off the season!

Now, that may not seem like a big deal, but you have to remember, winning RuPaul’s Drag Race gets you $100,000, so it isn’t exactly just a title. Let me explain why, statistically, Shangela should have been the automatic winner, and should have won those coins.

So, the top four drag queens of the season were Shangela, Bebe Zahara Benet, Kennedy Davenport, and Trixie Mattel.

Out of the 7 challenges, Shangela won three, Bebe won one, Kennedy won one, and Trixie won zero. And if you didn’t already know, the queen who hadn’t won any challenges, Trixie Mattel, won the whole competition!

Now, this isn’t to say that Trixie isn’t talented. I love Trixie Mattel just as much as anyone, but she just didn’t deserve the win.

It’s as simple as that. She struggled in the beginning of the competition, and by the time she started to succeed, it was too late to rise to the top in challenges.

So, let’s talk about the decisions made by the queens who had been eliminated. They interviewed the top four queens after their final performance, and made a decision based on what they had to say. Shangela received one vote, Bebe received two, Trixie received seven, and Kennedy received eight. And many of the eliminated queens made it fairly clear that they based their decisions off of who they felt “needed it the most”, or who they had friendships with.

Since when was a competition based on who needed it most? Kennedy gave a heartfelt speech to the eliminated girls, shedding tears all over the place, which has led many to believe that this is the reason she received the most votes. And there’s no clear answer why Trixie received so many more votes than Shangela, but as Shangela said in the show, Trixie never had to eliminate anyone, since she never won a challenge, which put her at an advantage.

Regardless, it was unfair that popularity seemed to play a role in who won the competition. It seems that the show is focusing on drama, relationships, and who needs the exposure from the show, rather than who has the talent and determination to take the crown. It is a business after all, and unfortunately, people love reality television, which I’m sure is making RuPaul even more money.

Many people agree that the show’s focus may be wrong. Elizabeth O’Donnell, a senior English student weighs in on the matter: “It’s all for drama” she said. She went on to explain that Lady Bunny, a good friend of Rupaul, even had an interview and said that the show invests in drama rather than talent.

If RuPaul’s Drag Race wants to focus on drama and the relationship between the queens, then they’re entitled to do that. In that case though, the show may lose loyal viewers, and the queens probably won’t be as polished.

But I’ll be honest, if the show became RuPaul’s Drama Race, I’d still be watching every week.