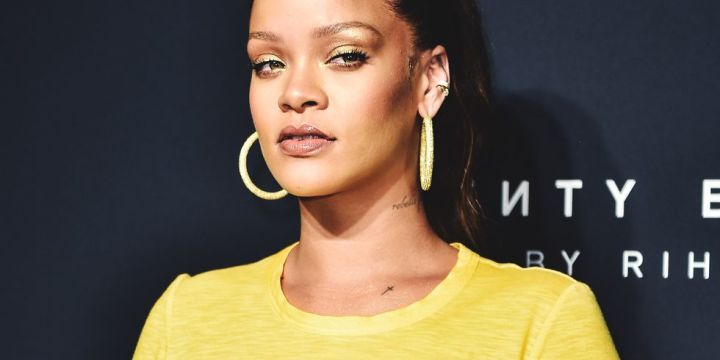 We’ve seen social media platforms come and go, AIM, MySpace, Vine, all gone from our lives. Have you ever seen an app murdered in cold blood though? Destroyed by just one single post, gone forever from our lives? Well, you have now with Snapchat.

Everything’s changed for the app since their last major update. What once was everyone’s favorite app for sending naked photos and putting zany filters on their selfies became a cluttered mess of stories from people you don’t care about and advertisements up the wazoo. That advertisement money wasn’t really worth it for Snapchat either, thanks to only one, One ad that would send the entire company down crumbling; because if you come at the Queen, you best not miss.

Snapchat ads try to be the dollar-store version of Buzzfeed with wacky would you rathers or “haunting” text threads, spooooky. One ad took it a bit too far though, mocking Rihanna’s domestic violence experience with former boyfriend and hip-hop performer, Chris Brown.

The ad was for the game, “Would You Rather?”, and featured a photo of both Rihanna and Chris Brown asking players if they would “rather slap Rihanna or punch Chris Brown.”

Brown pleaded guilty to assaulting Rihanna during an argument in 2009 and the pictures that spread across the internet after the event were stomach-turning.

Now, I think we all know our answer would be punch Chris Brown but Snapchat, honey, you should’ve seen this coming. You can’t just make light of domestic violence as if it hasn’t happened. As if this one case still isn’t talked about to this day.

The “Would You Rather” ad was removed later in the week and was accompanied with an apology released by Snapchat:

“The advert was reviewed and approved in error, as it violates or advertising guidelines.”

Rihanna however, wasn’t too keen on accepting Snapchat’s half-ass apology so quickly. She took to her Instagram story, which has already begun to beat Snapchat out in the 24 hour story department, and posted a statement about the incident.

Criticizing the company for making light of domestic violence Rihanna said, “Now SNAPCHAT I know you already know you ain’t my fav app out there! But I’m just trying to figure out what the point was with this mess! I’d love to call it ignorance but I know you ain’t that dumb. You spent money to animate something that would intentionally bring shame to DV victims and made a joke of it.” She ended by saying, “You let us down! Shame on you. Throw the whole app-oligy away.”

And boy, did people throw the app-oligy away. Snapchat’s stock fell 4%, losing nearly $800 million from its market value in the process. It hasn’t been a good month for Snpachat and celebrities.

Kylie Jenner declared the app dead on Twitter saying, “sooo does anyone else not open Snapchat anymore?”, just a few weeks before this incident and the company dropped 6% throughout the day, a $1.5 billion loss for the company.