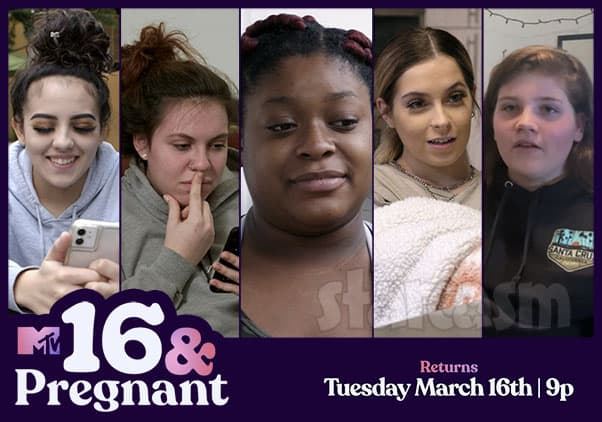 Some people may not be familiar with the MTV reality series, 16 and Pregnant. The show first premiered in 2009, when teen pregnancy rates in the US were at an all-time high. The show follows teen girls from all over the country, documenting their journeys as pregnant teenagers and the struggles they face, such as adult responsibilities at a young age, relationships, family drama and trying to get through high school all at the same time. The show has a total of six seasons, as well as three spinoff shows; Teen Mom OG, Teen Mom 2 and Teen Mom: Young and Pregnant. However, does the show truly show the struggles of teen pregnancy? Or does the show, in some way, end up glorifying a serious issue like teen pregnancy?

The idea of 16 and Pregnant addressing or glorifying teen pregnancy has been a debate ever since the show aired in 2009. One factor that shows it is addressing and educating girls about teen pregnancy is that after several seasons of the show aired, teen pregnancy dropped to record-low rates in the US. Many girls most likely saw issues such as baby-daddy drama, child support, custody battles, family drama, as well as the financial struggles teen mom’s face. Many girls have claimed the show has been a wake-up call for preventing pregnancy, protecting themselves, as well as who they get into a relationship with. The show seems to have a positive effect on young girls, showing them the choices they make can change their lives forever.

While 16 and Pregnant seems to have a positive effect on some girls, there are others who believe it is doing the exact opposite of its intended cause. It is true that the show, as well as the Teen Mom spinoffs, have made quite a career for some of the moms, such as Maci Bookout (TMOG), Chelsea Houska (TM2)  and Leah Messer (TM2). And there are definitely some moms on the show who have seemed to let the fame go to their heads, such as Jenelle Evans (TM2) and Farrah Abraham (TMOG). Evans was fired from the show after reports of her husband killing her dog, as well as Abraham for working in the adult-film industry. Some believe these young moms getting fame and success from the show can lead some girls to believe the same can happen to them if they get pregnant at a young age. This is also very easy to see, especially if one looks at all the reunion brawls that sometimes occur at the end of each season.

It is clear to see there are many mixed feelings when it comes to the 16 and Pregnant franchise. But the truth is, the show has made an impact on helping lower teen pregnancy rates in America. If the show was glorifying teen pregnancy, the numbers would be increasing instead of at an all-time low. For anyone who’s curious to see for themselves, 16 and Pregnant can be watched Tuesday nights at 9pm on MTV.