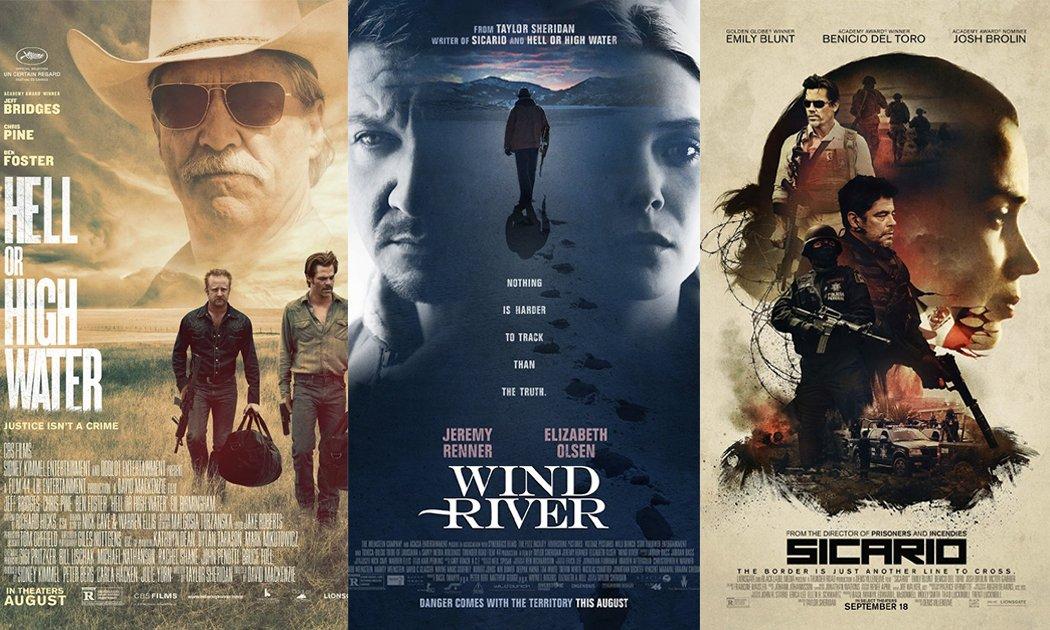 In my opinion, Taylor Sheridan is the greatest screenwriter of this new generation. His screenplays are the examples of simple plots with bigger more unique takeaways. As a film lover, I had no real interest in westerns or anything connected to them in any way, shape, or form. But that all changed when I encountered Taylor’s final frontier trilogy made up on the movies Sicario, Hell or High Water, and Wind River. Two out of the three were directed by other directors but still written by Taylor whereas Wind River was written as well as directed by him.

These stories gave me a better more intriguing grasp of America, especially the American frontier. As an urban and mostly city boy it opened  my eyes to things that would shape and grow my love for westerns or more rural America. A place not many movies venture off to in our current climate. The three movies addressed above are shaped as the new coming of the age neo-westerns. Which help to address something once forgotten, American Frontier and those that live there. The heart of all these films is the failure of law to govern society especially when understanding of violence comes into play.

This can be seen in Sicario which is shown through being political, Hell and High Water and economics. As well as Winder River being a cultural theme. With also a bit more layers in each. Sicario addresses ethics, Hell and High Water addresses conflict that comes to one is affected by a certain way of life being disturbed. Wind River draws both when trying to show man wanting to control nature in any way possible. With that being said, each film shows the ignorance of things happening in the film which Sheridan does so well. Sicario shows the ignorance to understand the best way to deal with America’s war on drugs in relation to Mexico. Hell and High Water shows ignorance with America’s economic decline and Wind River with being ignorant to understand land founded on by America. These are simple plots that Taylor Sheridan shows and he gives the characters a way to solely be the ones to tell the story instead of objective being one addressing and moving the story along. Stories aren’t unique when you think about it plot wise. But the main important takeaway is that the story has no resolution to these stories.

The overall story never resolves and the characters end up returning to their first met positions,just worse than when we first met them. This goes to show that injustice will always be there and there’s nothing we can do about it. But in some way Sheridan does show resolution in a way which I love severely by introducing the element of violence. Sheridan shows us that violence is inevitable and like in real life it gets messy and more than likely to happen, and sometimes in many unnecessary ways. For example, in Sicario, instead of listening to American government’s way of addressing drugs and violence, characters in the movie like Alejandro and Matt just shoot first and go against the rules of addressing cartels.

This is shown through each character’s settings like Mexico, Texas, and Wyoming. In conclusion everyone should watch these movies because Taylor shows that laws exist in these areas I stated but they are all land that sometimes never seen or touched and laws go out the door when survival comes into play. With no help from the outside government. This caused me to fall in love with these movies and see the world differently from my background and understand that part of America and why sometimes in the last four years, they felt abandoned because they are never spoken about.