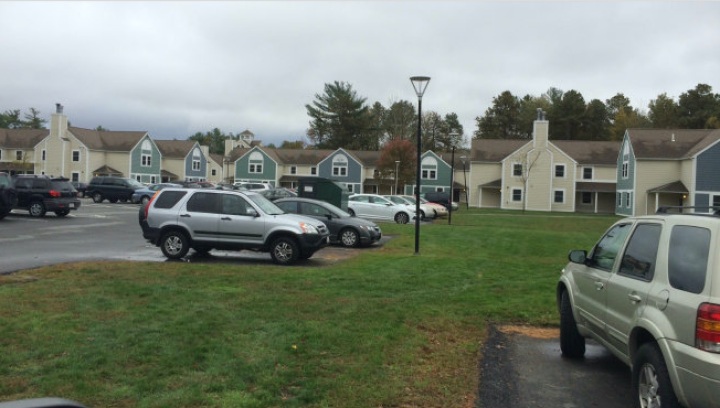 In August, it was announced that the process of signing in a guest to residence halls would be changed so that they were required to be registered on some housing department website that is impossible to find without a direct link. This registration requires ID or license number, age, full name, and other info.

At first this only applied to the on-campus apartments and the dorms. I assume this is meant to discourage people from having parties in these places, as it is rather onerous to go ahead and sign in people you may not know very well, making it less likely that one would invite many people over.

According to an email sent by Student Affairs and the departments of Public Safety and of Housing on October 17, this new sign-in process is now being applied to the Dells, along with a few other reasonable measures, in response to vandalism. This brings with it a host of problems.

The first and most obvious issue is the applicability of this process. Dell residents are supposed to go to the community centers there, sign in their guest (after pre-registering them), and then go back to their Dell.

What’s to stop students from bringing their guests into their residences without signing in? Public Safety claims it will have more of a presence in the Dells, but what are they going to do about this in particular? Check the ID of everyone they encounter?

I feel that it will be more likely that when a party is too rowdy it will be broken up, this will be used to add another rule to the list of those broken by the host, and to force non-Dell residents to leave the area.

The second issue is the value of imposing this sign-in process in the first place. Does the guest pre-registration and sign-in do anything?

Yes, this process makes it more difficult to casually invite people over – who wants to give their personal information to people they don’t know very well? There are probably going to be fewer parties because of this.

The problem is, if people are determined to have more than the number of guests allowed, they can easily just bring them over before 7:00 p.m.

This is true in not just the Dells but the apartments and the dorms as well. For the same reason, this will also not stop guests from staying for more days in a row than they are allowed.

Taking this into account, what is the point of expanding this policy to the Dells? It makes life harder for people who follow the rules. It will surely be ineffective at preventing the issues it seeks to resolve.

To be clear: I take no issue with the other measures described to limit vandalism in the Dells.

Installation of cameras in the Dells is great! I would call it a no-brainer, except it must be some degree of a brainer for someone to have not made this happen until now. Students are constantly calling for the installation of cameras as their cars are often vandalized, and many of the cameras on campus are not operational if they exist at all.

Greater police presence in the Dells makes total sense. This one is simple – people are less likely to commit and/or get away with vandalism or other crimes if there are police physically there.

This should lower the levels of violent incidents especially. I’m glad.

Even the “knock and talk” policy, where staff will check up on repeat violators makes sense. This will only effect those who do actually break the rules.

One caveat is that not having guests signed in could be one of those rules, which is more to do with the other policy than this.

These last three changes are reasonable and well thought out. I sincerely hope they work as intended.