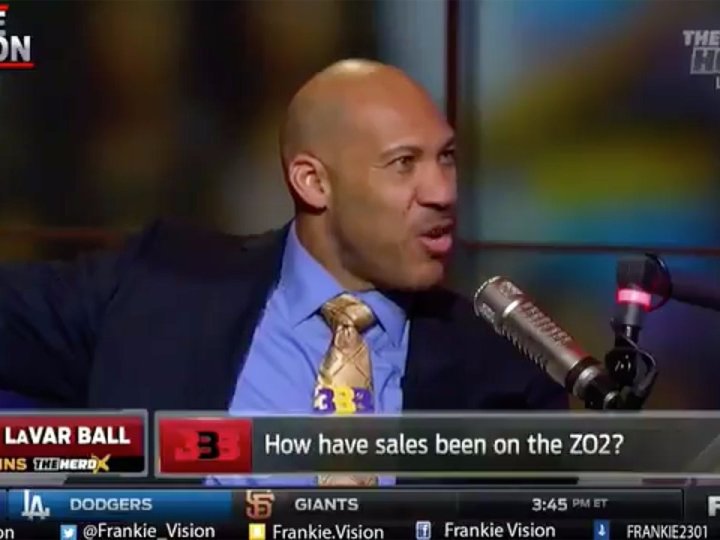 As of late, the American public has seen a surge in political activism and speech from celebrities, namely Jimmy Kimmel, Mark Ruffalo, Lebron James, and more.

This activism has produced a myriad of responses from the public and political commentators alike, which vary wildly depending on your political affiliation.

If it’s liberal speaking, which most celebrities are, then liberals fawn over them for using their position and audience to try to create change, while the same tired old defense comes out from conservatives: “Stay in your lane!”

The latest example comes from Fox News’ Laura Ingraham, who responded to a video with basketball stars Lebron James and Kevin Durant, where Lebron says that the President is “someone who doesn’t understand the people, and really don’t give a f*** about the people.”

He made similar comments that drew Ingraham’s attention, and on her show she asked “Why must they run their mouths like that?” She continued.

“This is what happens when you attempt to leave high school early to play in the NBA…Lebron and Kevin, you’re great players but no one voted for you.”

She finished the segment by asking that the NBA stars, “Shut up and dribble.”

Lebron responded soon after assuring her that he won’t, and the conversation is no further forward than it was a week ago.

This spat between Ingraham and James is reminiscent of the situation over at the NFL that drew lots of public animus a few months ago. Both sides responded in about the same way.

Now before I speak on Ingraham let me make clear my feelings towards Lebron and other’s comments, as they relate to their status as celebrities/athletes.

As I’ll soon explain, I believe everyone in this country has the right to express their opinion on anything, privately and publicly, regardless of your occupation or financial success.

They have the right, it’s guaranteed,  and I certainly won’t infringe on that. I also believe however that our political climate is extremely hot right now, and ill-informed or clearly partisan commentary just isn’t very useful.

For the record, It’s not true that the President doesn’t understand the people. He clearly understands certain people, certain people elected him, and I’d wager that the US hasn’t had a single president who truly understood all the people, so what good does saying that do?

The far more egregious take is Ingraham’s, which is the same as those saying that the players on the field should stand for the anthem. She, and they, are denying speech.

It’s as simple as that, by telling a player that he should shut up and do his job, they are infringing on his freedom of speech, to the point where you’d almost believe that they love the second amendment so much they forgot to read the first one.

Ingraham took flak for her comments, including being accused of racism. I don’t think what she said was inherently racist, it just seems like it because commentators of this sort often target African American athletes with this sort of criticism,.

While the same network invites celebrities Clint Eastwood, Ted Nugent, Steven Seagal, and other conservative celebrities who look just like them and believe just about the same things to speak without criticism, while having no more insight or expertise than James.

Whether your opinion is valuable or not is absolutely up for debate, but everyone has the right to speak, whether you’re a jump-shot champion or Joe the plumber.