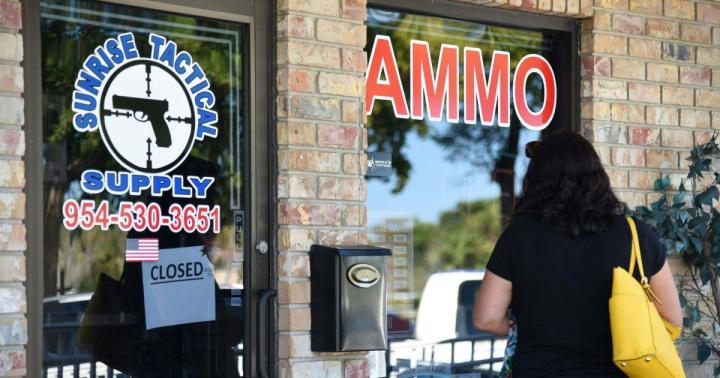 The firearm store that sold the AR-15 used in the Parkland, Florida school shooting has closed down indefinitely. The owners of Sunrise Tactical Supply feel responsible for the damaged caused by alleged shooter Nikolas Cruz, who killed 17 people.

According to lawyers for the store, the business did not violate any laws in selling to Cruz. Cruz was old enough to buy the gun according to Florida state law, and Cruz and the store followed correct procedures during the transaction.

Cruz bought only the one rifle from the store in February 2017. He didn’t buy the gun and a large amount of ammunition which might be suspicious. The 19-year-old also claimed not to be mentally-ill.

Is it fair for these store owners to feel responsible for the shooting which occurred a year after their legal sale?

Yes, but not entirely.

These people did not pull the trigger. They did not bend the rules to give a gun to someone who shouldn’t have it. However, just because it was legal doesn’t make it moral.

It is absurd to open a sore that sells guns and not consider that they may be used to kill someone. There were over 33,000 gun deaths in 2013. About a third of those were homicides and around two thirds were suicides.

To get involved in the arms business requires an implicit acknowledgement that someone is likely going to get hurt with what you sell.

This is different from selling a car that is used in a terrorist attack. Most of the utility in a car is in transportation, not its destructive potential. A firearm is first and foremost a weapon. It is often used for fun, sporting purposes, but that is an equal or lesser part of the object’s function.

It’s not insane to want a weapon. Self-defense is a reasonable motive to get a gun, considering the 2005 Supreme Court case Castle Rock v. Gonzales. This case established that it is not the constitutional responsibility of police to protect individuals.

To that end, it makes sense that there are stores selling what people want to legally buy. It’s supply and demand.

The thing about weapons is that nobody can make them only usable for defense and not for unprovoked harm. The people who opened this store knew they were taking the risk of someone using the product for a purpose other than that for which they intended.

But the blame for this shouldn’t fall solely on Sunrise Tactical Supply. If they were not around, Cruz could have gone to another store to buy the same things.

To establish where the most blame lies, one must consider who the real enablers are. It’s our state and federal governments.

The important fact is that it was not illegal for Cruz to buy the weapon he did. By not actively banning these weapons, the government is complicit in letting them be abused.

It’s not that easy, though. The Second Amendment says guarantees the right to bear arms, and while it is not totally unrestricted, the government has a responsibility to uphold that.

One could argue that banning this kind of firearm won’t completely remove it from access. This is true. But the same argument has not stopped the government from banning many kinds of drugs which continue to be used everywhere in the country.

Unfortunately, this adds up to a choice between trying to protect individuals’ freedoms or others’ lives. This is the kind of decision that is dangerous.