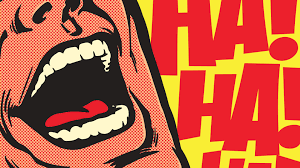 By Opinion & Editorial Editor James Mellen The current culture surrounding comedy is one that has been highly fluctuating in recent years. This is evidenced by multiple responses from famous, renowned comedians, such as Jerry Seinfeld, noting a change in their audiences. While there is a disagreement between audience and performer over what flies as a joke and what plummets as an offense, it’s important … END_OF_DOCUMENT_TOKEN_TO_BE_REPLACED

By Opinion & Editorial Editor James Mellen III Like every SGA meeting, the afternoon of Monday October 21st started with an open forum where non-SGA members of the campus community are permitted to speak to the senate. This week the Umass Dartmouth black room announced that they were cutting their hours as well as changing the type of positions offered in the black room. The … END_OF_DOCUMENT_TOKEN_TO_BE_REPLACED

By Opinions & Editorials Editor James Mellen  If you’ve been watching the news at any point over the past 6 years, you might have heard someone reference Elizabeth Warren’s claim as a descendant of an Indigenous American. Namely, she claimed to be a descendant from members of the Cherokee and Delaware people. It was made clear that she was lying about these claims when she … END_OF_DOCUMENT_TOKEN_TO_BE_REPLACED

By Op-Ed Editor James Mellen  Are you interested in spending a semester overseas with study abroad UmassD? Study abroad is a program where students from UmassD are invited to go to study in foreign countries. These classes are taught in English and count for UmassD credits, as well as boost employment opportunities for students who participate. Besides looking good on paper, studying in another country is a once in a lifetime opportunity. … END_OF_DOCUMENT_TOKEN_TO_BE_REPLACED

By Staff Writer James Mellen III. There is a whole lot of controversy related to basically every aspect of Assange’s career as a criminal. It all started in 2006 when Assange founded /wikileaks/, an organization dedicated to leaking secret government information to the public. In 2010 Assange released numerous documents such as “The Afghanistan war logs”, “The Iraq war logs”, and the infamous “collateral damage” … END_OF_DOCUMENT_TOKEN_TO_BE_REPLACED

By Staff Writer James Mellen II. In an interview with the Huffington Post, Bernie Sanders responded affirmatively when asked if Fox News is a propaganda arm for the Trump administration. Duh. This became a completely inarguable point when Trump  shut down the government because Ann Coulter called him weak for not building the wall. However, the news outlet wasn’t always such a caricature of the … END_OF_DOCUMENT_TOKEN_TO_BE_REPLACED

By Staff Writer James Mellen. WrestleMania 35 changed wrestling history, as it was the first WrestleMania main event to be headlined by the women of WWE. This followed the WWE’s Women’s Revolution. Formerly, female superstars were referred to as “Divas” and were more known for stripteases in the middle of shows rather than their wrestling skills. Now a days, the women of WWE often main … END_OF_DOCUMENT_TOKEN_TO_BE_REPLACED

“The match was anyone’s up until ECS’s Sierra Orr served two consecutive aces, bringing the lead to Eastern Connecticut. From there, the Seahawks were on fire, and the set ended with them in a 25-18 lead.At this point, the teams went into a fourth set.“ . Sports: A bittersweet day for UMassD volleyball, by Samantha Wahl. (Link in bio)
Diving into this album, one is hit with a wall of sound that comes in hard and doesn’t let up. The first tones of the song I see through you harken back to the overly-artificial synthesizers found in the introductions of 1980’s educational science videos.” . Arts and Entertainment: Uncle Acid and the Deadbeats: a first reaction, by Sawyer Pollitt (Link in bio)
UMass Dartmouth senior Tom Sheran won the Great Northeast Atlantic Conference Championship in commanding fashion over the weekend by carding a two-day total of 145, topping runner-up Claudio Soukamneuth of Johnson & Wales by seven strokes. Sheran fired an even par round of 72 on Saturday at Blackstone National Golf Club in Sutton, MA, and then closed out the tournament with a one-over par 73 on Sunday. The senior putted well over the weekend and distanced himself from the field by carding 9 birdies. He also took advantage of the par 5s, playing them in 3-under overall. This is the second time in Sheran’s career that he has earned the title of GNAC Player of the Year.” Sports: ​​Sheran wins GNAC Championship to earn Player of the Year golf honors. By Greg Estabrooks. ​(Link in Bio)
“One of the most noticeable winners of the night was the Nobel Prize for Physics recipient Donna Strickland. As the first woman to win the award in fifty-five years, and third in general, the win seemed like a grand statement towards women in the science field. Strickland, alongside her co-inventor Gérard Mourou, developed a method of “generating high-intensity, ultra-short optical pulses” according to the Nobel Prize website. In a subsequent NPR interview, Strickland gushed about the honor, proclaiming, “I feel unbelievably honored to be, you know, with Marie Curie and Goeppert Mayer. It’s like, how can I be in the same breath as those three?” Arts & Entertainment: Women make a strong impact on the Nobel Prizes. By Seth Tamarkin. (Link in Bio)
“The Corsairs traveled up to Castleton, Vermont this weekened to take on the Castleton Spartans. In what proved to be a very competitive match, the Corsairs would eventually pull away with a win. A heroic 59th minute goal from Joe Morehead would be the game winner for UMass Dartmouth in their 2-1 men’s soccer victory during the Saturday evening match in Castleton Vermont.” • Sports: ​​Men’s soccer takes home a win from Castleton, Vermont. By Elijah Santos (Link in Bio)
“The crowd’s energy was electric, unlike anything I had experienced at a UMass event thus far. It was packed. By the time the show started, there were people already content with standing in the back instead of hunting for the sparse free seats in the establishment. When the curtains opened, the clamoring crowd fell silent. Complete Destruction sauntered to the stage in full drag, dressed as a wicked witch. Well-worded, with clipping tones and clearly well-accepted banter, they started the performances off with introductions.” Arts & Entertainment: LGBTQ fundraiser drag show awes crowd. By Eric Sousa (Link in Bio)