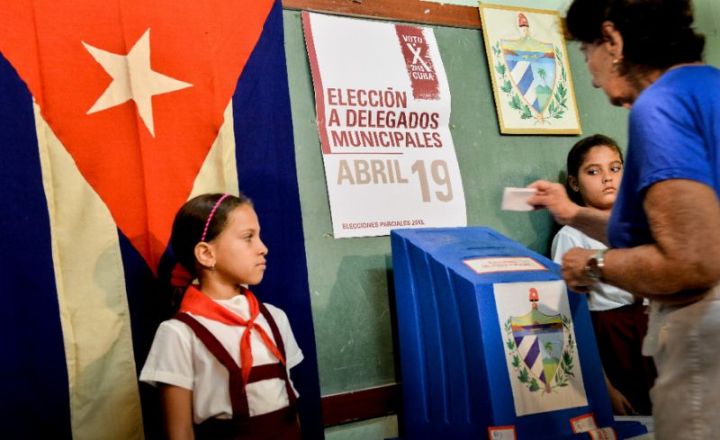 Cuba is having parliamentary elections on March 11. This is significant because the parliament elected that this time will choose the next president of Cuba.

Cuba’s current president is Raúl Castro, who has been in that position since 2008. Castro announced that he plans not to seek reelection, likely because of he is 86 years old.

Raúl’s brother, Fidel Castro, stepped down in 2008 and died in late 2016. Fidel had served as president of Cuba since 1975 before turning the seat over to Raúl.

Now, the people of Cuba are going to indirectly choose the first non-Castro president of Cuba in over 40 years. There are about 9 million Cubans who are at least 16 years old are and allowed to vote to elect representatives. Parliament has 612 seats, and to win a seat a candidate must get at least 50 percent of the vote.

There is not a strong chance of an outsider coming to power, however.

In Cuba, only the Communist Party is legal, so all challengers have to come through the party. This means that candidates are going to have to impress the people who maintain the status quo.

In addition, it has often been speculated that Cuba’s elections are only for show, in an effort to imitate democracy. This is likely internally directed, in order to convince Cubans that their government is legitimate. Cuba is relatively isolated in terms of international relations, so they are probably not as interested in trying to prove to other countries that they are democratic.

For comparison, most democratic countries do not keep one leader in power for more than 10 years, let alone the 33 years Fidel Castro was president.

It is especially unlikely that Castro enjoyed total popularity considering the rough economic conditions the country suffered after the collapse of the Soviet Union and the loss of favorable trade deals with any world power.

Miguel Díaz-Canel is the candidate thought to be most likely voted into the presidency by parliament. Díaz-Canel has been first  Vice President of Cuba for 5 years and has been involved in the Communist Party for over 20 years.

If Díaz-Canel does ascend to the presidency, it is still unclear how much power he will have. In communist countries, the head of the ruling party is usually the individual with the most power, and Raúl Castro is maintaining that position after stepping down from the presidency.

For comparison, when Mao Zedong was head of China’s Communist Party he wielded more power than any government official, while he was not the official head of government. The amount of control that Castro maintains will determine whether Díaz-Canel makes much of a difference.

The politics of Cuba are more interesting in recent years compared to pre-2000 because there has been significantly more change. In addition to domestic changes already mentioned in the politics of the island country, Cuba’s relations with the United States have changed.

The US and Cuba only reestablished diplomatic relations in 2015 after 54 years. In addition, the US loosened travel restrictions, meaning that it is now easier for US citizens to get to Cuba.

Additionally, the United States has had an embargo against Cuba since 1962– basically banning the export of anything to the communist country. While the idea of loosening the embargo was talked about during the Obama administration, President Trump has suspended any efforts on that.

The arrival of new leadership that is not tied as closely to the mindset of the Cold War could lead to more progress in the “thaw” of US-Cuba relations.